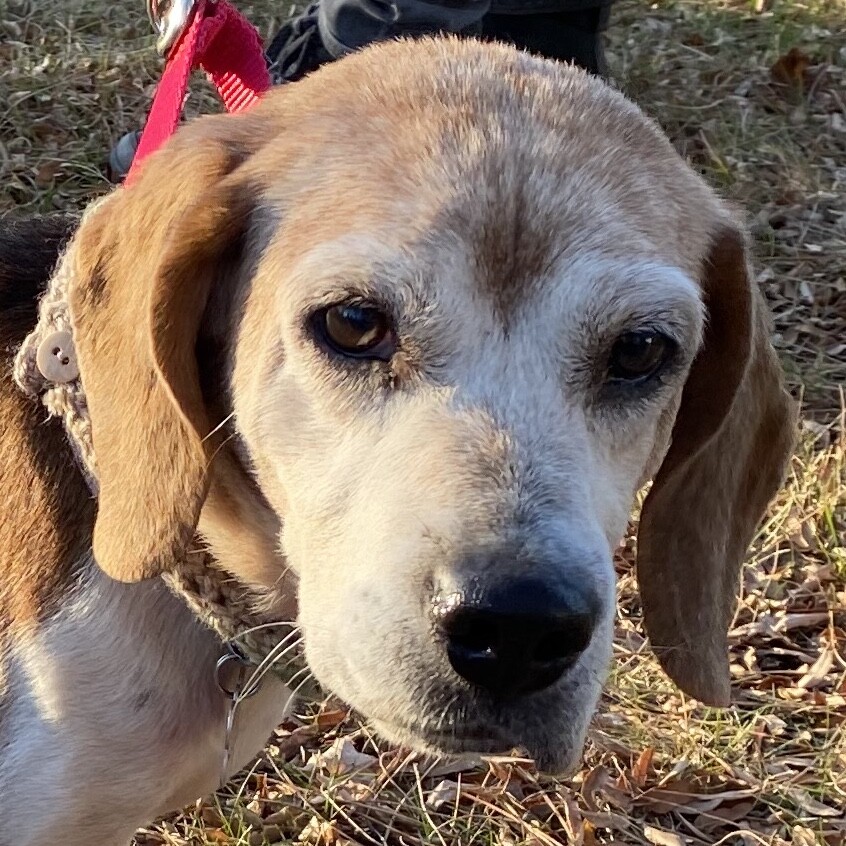 Thatch is a low-to-medium energy guy who wants nothing more than to cuddle up next to his person on the couch. As a beagle, he does enjoy having a walk where he can let his nose lead him around. Despite that, he is pretty good on a leash and not a puller. He does not need a ton of exercise, though, and much prefers a Kong and a nap.

Thatch does not seem to have any separation anxiety. As long as you distract him with a yummy treat you can leave the house without having to worry about him; he will just nap. However, if he is separated into a room without you and he knows you’re right there he will let you know his preference is to be with you with a beagle howl.

Thatch could stand to gain a few pounds which his foster mom is working on and is turning out to be pretty easy because Thatch will use his beagle nose to hunt down food just about anywhere. He should not gain too much weight according to the vet, though, because he does have some arthritis in his hind end. He has no trouble jumping up on the couch or bed or climbing stairs.

He largely ignores and avoids cats (even their litter boxes!) He is great with children (currently fostering with a 3 year old human and extremely gentle although a snack thief) and loves other dogs.

If you are looking for a gentle companion to curl up on the couch with and watch a movie and take the occasional stroll, this is the guy for you. Thatch is a lover and just wants to be with a person of his own. 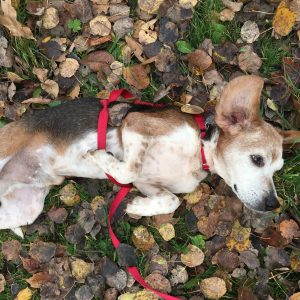 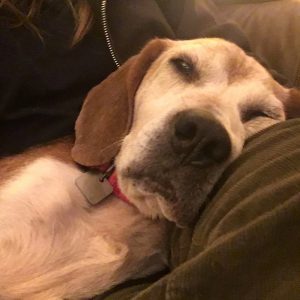 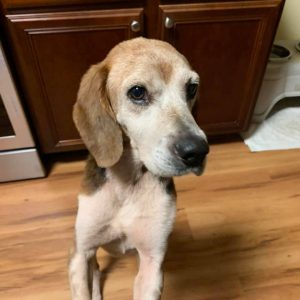 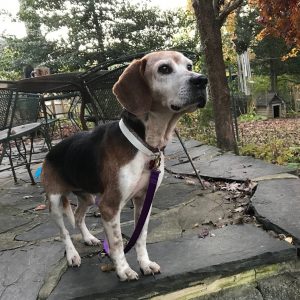 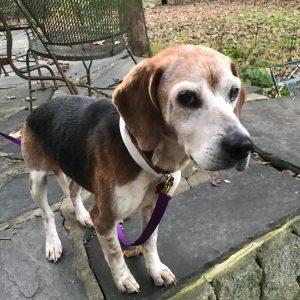 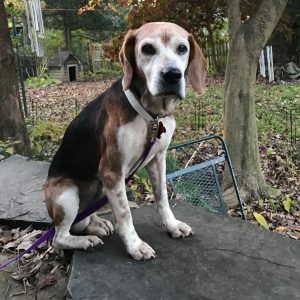 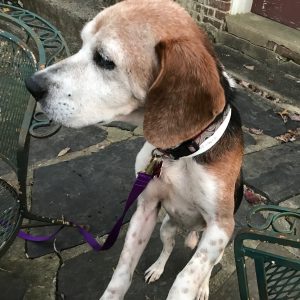 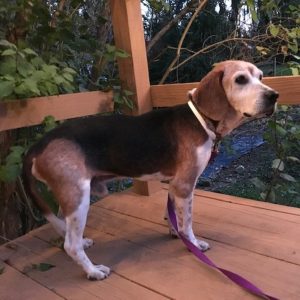 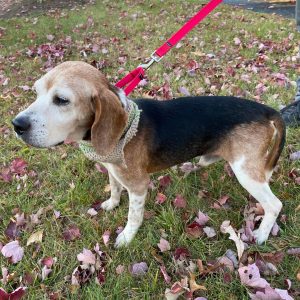