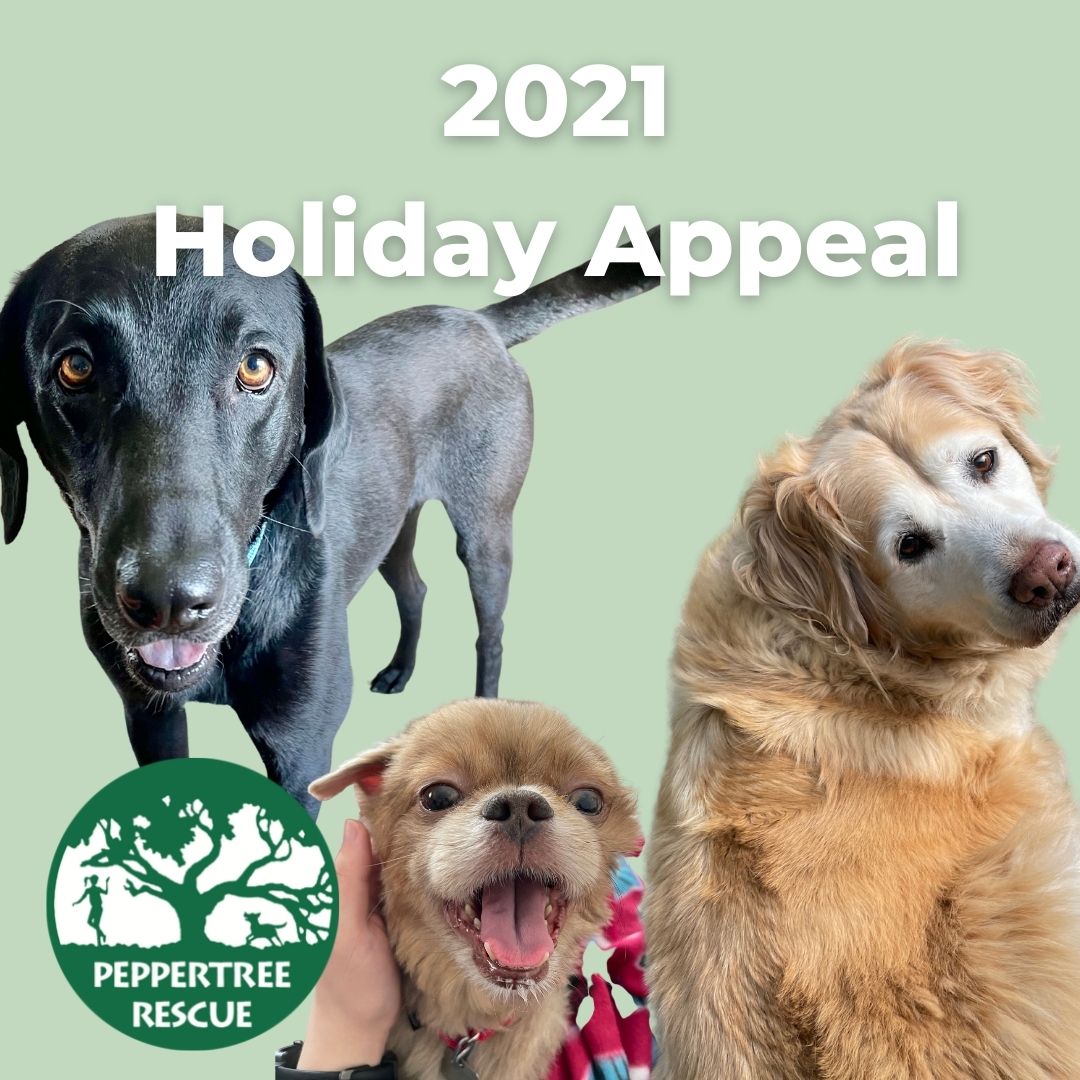 I don’t do great things.

I do small things with great love.

2021 continued to be a year like no other. While the needs of our dogs stayed the same, the expenses increased, and we found ourselves watching our bank account more than we have before. While we adapted and made changes, we kept our focus on the dogs, and remained grateful for the ongoing support of our community. Without your help there would be no Peppertree Rescue, and we were very aware of that this year.

We recognize that not all are able to make a large donation, and while we greatly appreciate those who are, we also appreciate small gifts over time – so this year we are adding a monthly donation component to our holiday appeal.  You can set up recurring monthly donations in any amount using PayPal this year- no amount is too small – all add up to help us do great things. 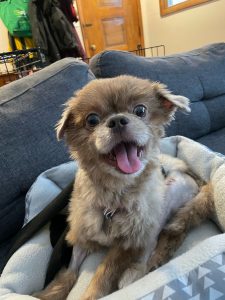 When Wolfie arrived we knew he had a lot of medical needs – our vet did x-rays and found that Wolfie had gone through a surgery in his rear left leg previously that had not healed correctly. He also had hip dysplasia in that leg, as well as arthritis in both legs. Wolfie had a lot of issues, but never stopped charming everyone he met – and we started by repairing a ruptured cranial cruciate ligament in his left leg. You could see his spirit light up almost immediately after he returned home from his surgery. He adored his kitty sister, and during recovery, he was inspired to get up and use his leg so he could follow her around. He also loved nothing more than getting cozy, whether that be snuggling on the couch or stealing his much larger dog sister’s beds.

Wolfie was thriving during his recovery. At his follow-up appointment, his surgeon was very happy with his progress. He tried to push the limits on his walks around the house, and we couldn’t wait until the snow melted and his leg was healed enough to explore the yard to his heart’s content. Unfortunately, within a week after his post-op appointment, Wolfie’s condition rapidly deteriorated. The concern was disc disease and a second emergency surgery was scheduled. And that is when we got the call we never want to get – in a pre-op scan it was discovered that Wolfie’s pain and sudden regression was due to collapsed and disintegrated vertebrae. It may have been caused by an infection from the initial surgery in Wolfie’s leg, way before Peppertree ever met him, or it could have been from an undetected mass in his spine. But it was not repairable, and our only option was to let Wolfie go.

Even though COVID-19 protocols didn’t allow for human pet parents to enter the facilities, our surgeon allowed Wolfie’s fosters to come inside to say goodbye. His fosters posthumously adopted him, letting him leave the world a greatly loved family member. 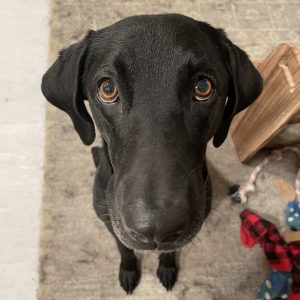 Chaplin came to us as an owner surrender from a southern shelter. We expected an easygoing Lab mix who would be placed in no time. But, you never know when there will be a surprise around the corner! And boy were we surprised when Chaplin arrived 8lbs lighter than he had been in the shelter just a few weeks earlier. As a heartworm-positive dog, he had been under exercise restrictions following treatment, so his weight loss was the last thing that we had expected. The poor guy was visibly uncomfortable at times as he battled his stomach issues, and he was in and out of many vet appointments as we worked to make a diagnosis. Finally, he started to put on weight and his stomach issues lessened as he adjusted to new medication and a prescription diet. The months he spent in his foster home as we worked through these issues gave him plenty of time to learn how to live indoors, snuggle on the couch, and gain enough confidence to hop into the car! After all he had been through, we needed to find that perfect home but would we be able to find someone ready to take on a dog who needed an expensive food, a limited diet and ongoing care? But fate sent just that family to us, and to Chaplin, who is now greatly loved and much spoiled – and just what his family was looking for. 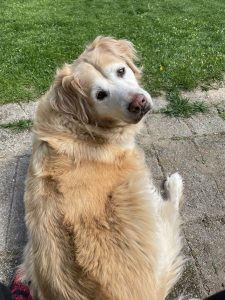 Mirabella was everything a senior Golden should be – sweet, easy, and loves everyone she meets. We knew finding her a home would not be hard, but we also knew it needed to be the right home – as Mirabella had been through a lot of change. The death of one of her owners meant that the house she had always known would be sold, and while her owner was happy to bring her to an apartment, she knew that Mirabella would not be happy there. So she selflessly came to us to help Mirabella find a home where she would thrive. Sometimes you have to love someone enough to say good-bye. Arriving with arthritis and thyroid issues Mirablella was firmly in her golden years – but thankfully we have so many wonderful homes looking for senior dogs like her and Mirabella is once again home.

They are just three of the reasons why we are asking for your support this year.  Please consider making a donation and helping us help dogs.  Thank you for helping us continue to help some amazing dogs.