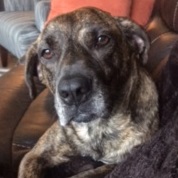 I adopted Duke in October 2016 and I can’t imagine life without him! When I adopted him, he was undergoing treatment for heartworm, meaning I had to restrict him from exercise until he got the all clear. This made for a tough few months, but eventually his blood work came back negative

and he was cleared by the vet! I can still picture his face the first time he got to run free in the yard! Duke goes with me almost everywhere I go and is just the biggest sweetheart. He loves to give hugs, snuggle, and go to the dog park with his friends.

Thank you so much to Peppertree for bringing him up for Tennessee and treating his heartworm. I always wonder how nobody picked him up when he was a stray, because he is such a sweetheart. But their loss was my gain as I now have the best copilot ever for life’s adventures! 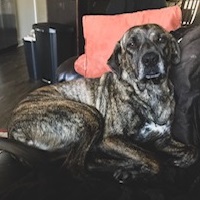