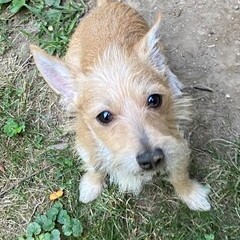 Not only is Jefferson a cute as a button, but he’s also the sweetest! He is a curious puppy who’s figuring his way out in the world. He needs a home where he can build his confidence, hopefully with another puppy playmate to guide his way. Whenever someone or another pup gets close, Jefferson’s immediate response is to flop over and show off his belly. He’s incredibly submissive and needs some time to come out of his shell. Once comfortable, Jefferson loves to run around with his other dog friends. He has no problem letting them know that he wants to play – he’ll bark to let them know. But he can be a toy thief! If he sees a desirable toy laying around, he’ll pounce! After all of that playing, Jefferson loves to cuddle. At night, he can be found at either the hip or the shoulder of his person- personal space means nothing to him. He wants to be as close as possible to you!

As Jefferson is still a puppy, he’s working on his basic commands and house training. He does ride nicely in the car, waiting for your full attention to play. 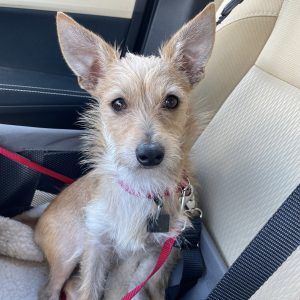 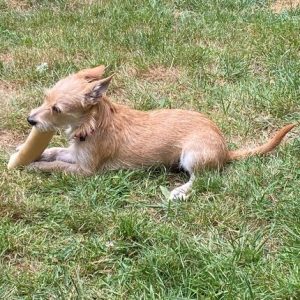 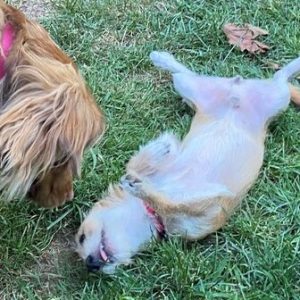