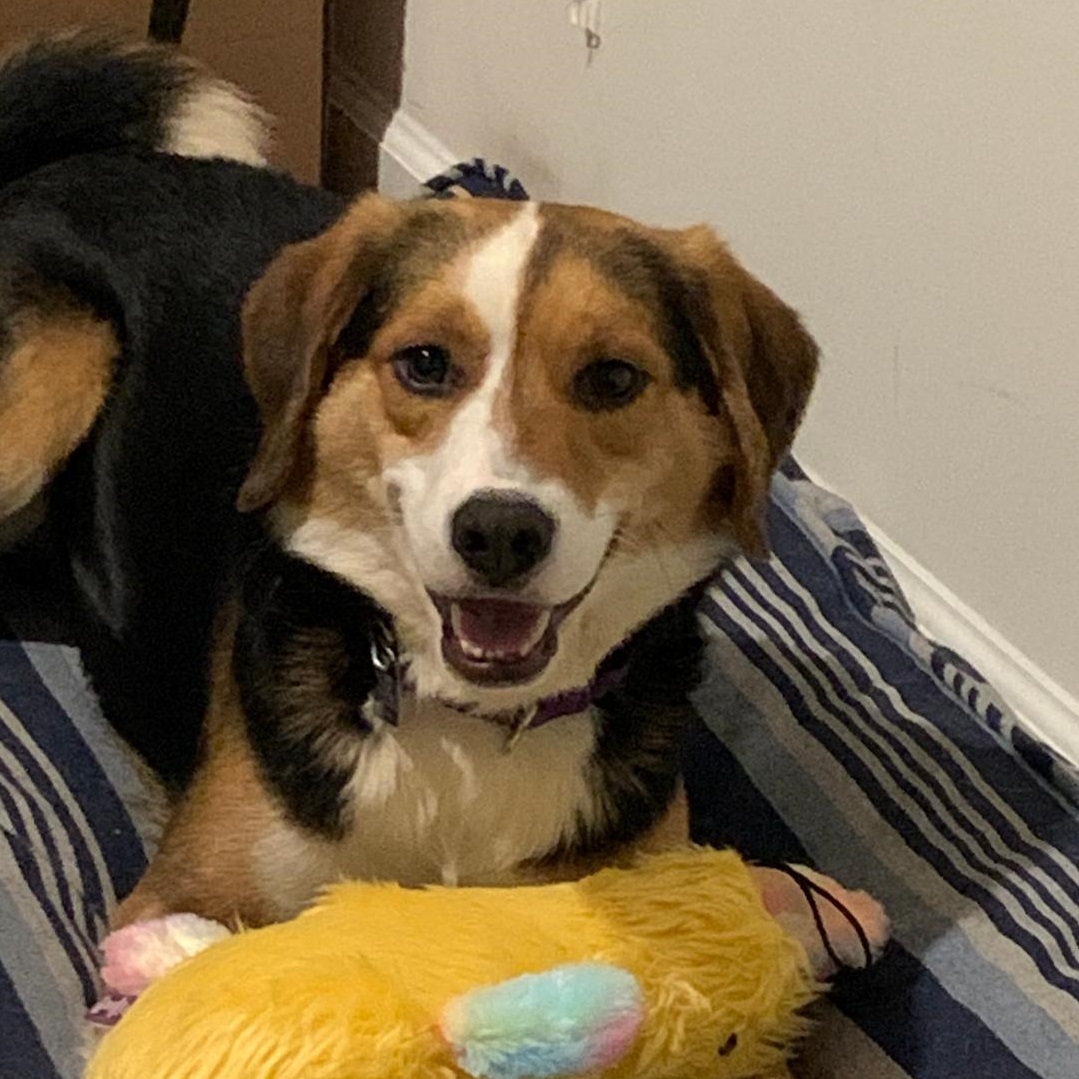 Jeremiah, also known as Jerry, is finally realizing all of the joys of being a dog! Through the patience and love of his foster family he has blossomed, and now welcomes love and treats, actively going up to people for pets and attention. Jerry loves to go out on walks and be outside in quieter locations. He also looks to say hi to any other dogs while out on trails. He struts with a smile on his face and looks back reassuringly! After a hike, Jerry loves to curl up on the bed or couch for a nap.

Jerry is making good progress on his basic commands. He has found a new love for smelly socks but can be refocused to playing with toys instead, thankfully! Jerry is house trained and rides well in the car. He’s also happy to jump into the car on his own, something that did not happen when he first arrived with his foster. Because he is still nervous with loud noises, an adult household with a fenced yard is recommended for Jeremiah. 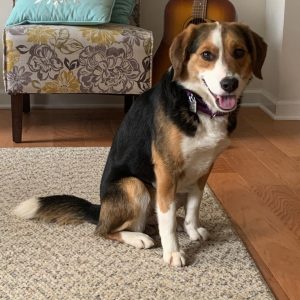 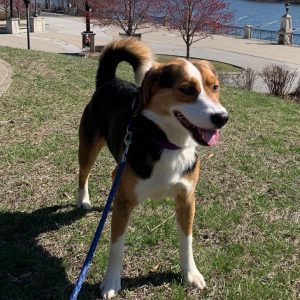 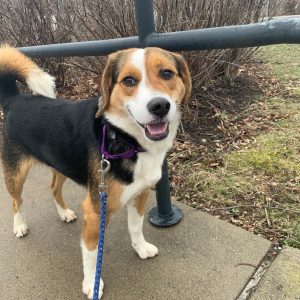 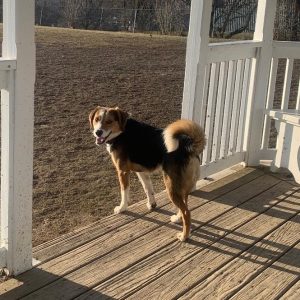 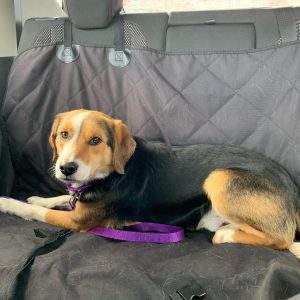 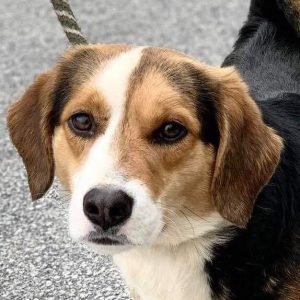