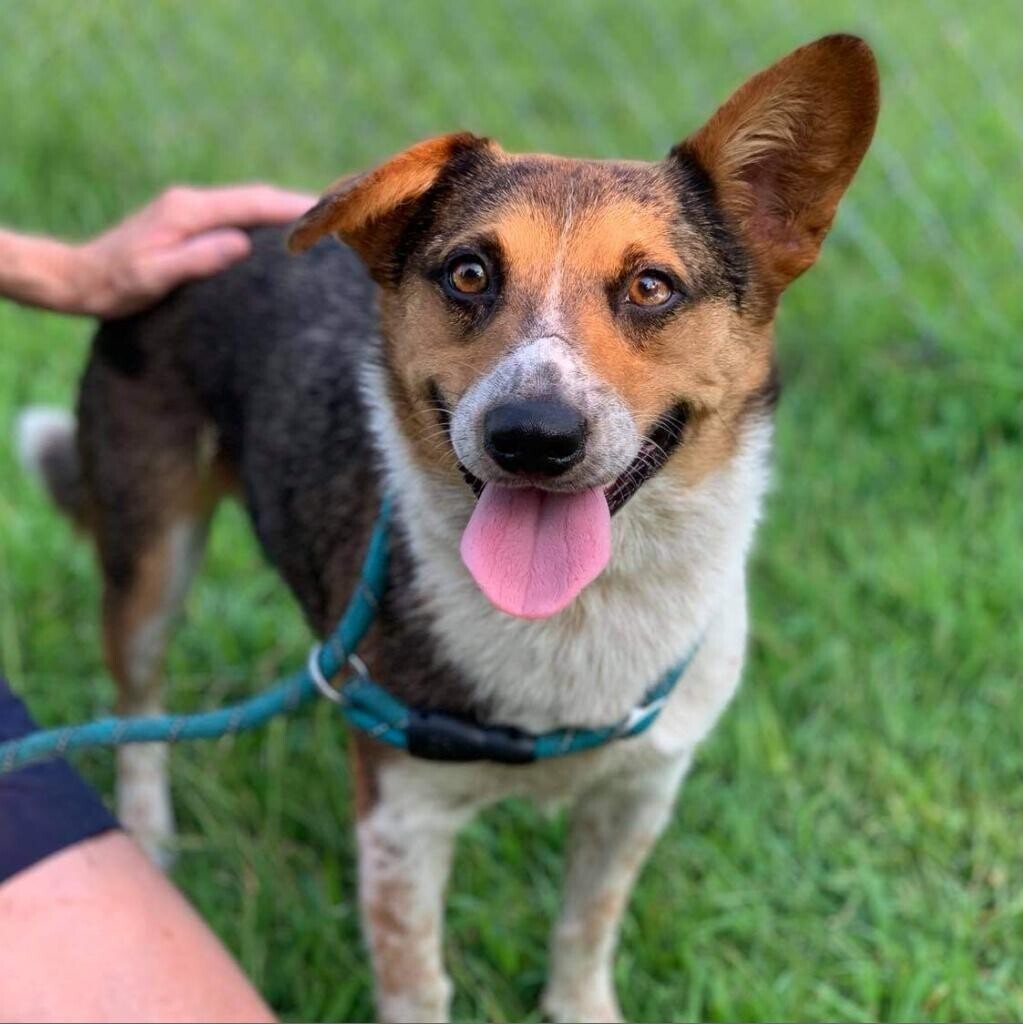 Nollie is a submissive guy with a serious look on his face 90% of the time, but don’t let that fool you – he’s really a happy little goofball. He can’t soak up enough attention from his favorite people, and he’s polite when meeting new people, too. Nollie enjoys greeting and playing with other dogs, but he would have no problem being the only pup in his home because people are really all that he needs.

This boy is good on a leash (though he can and will wander in front of your legs and trip you sometimes!) and he’s working hard on being the perfect house pet. Once he connects with someone, he wants to please, which makes training him fairly easy. He’s also EXTREMELY food motivated!

Nollie’s previous owner was blind, and we think that he first learned to communicate via vocalizations and physical touch to accommodate that. He will sometimes jump on you if he needs something, but he’s doing well learning alternative communication methods. That being said, we think that a home without younger children would be best for him.

After a fun walk or romp around the yard, Nollie settles down nicely in the house. He loves to snuggle up on furniture with people, or by himself. He is a master at the high jump and likes to sleep on top of desks, too. He may or may not believe that he’s actually a cat instead of a dog.

Nollie does display a prey drive, so unfortunately, he cannot live with cats or other small critters. 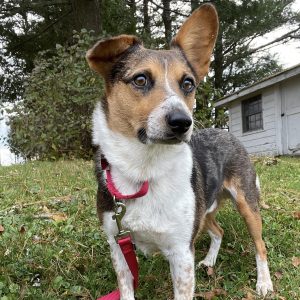 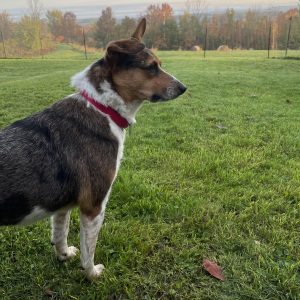 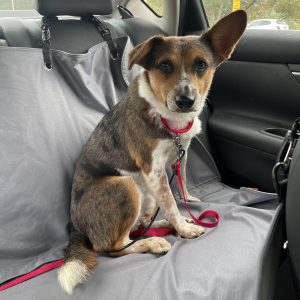 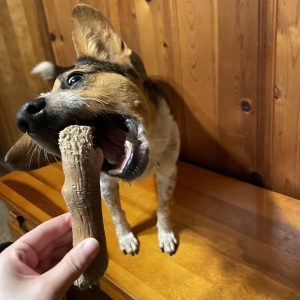