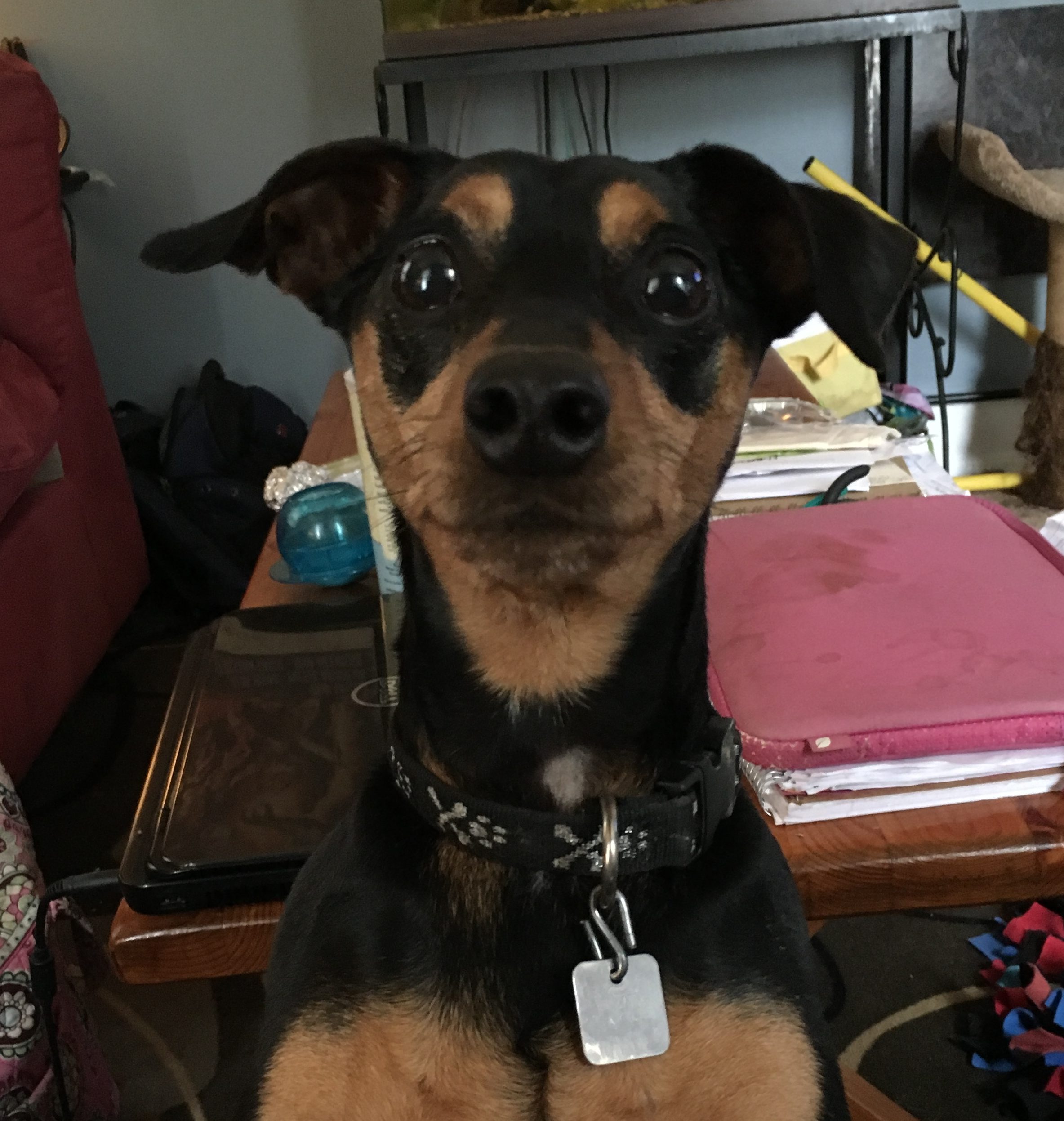 Pirate is a very endearing dog. Just do not call him cute, he has the spirit of a Doberman packed into a Min Pin body and wants you to respect his authority. His life work is to keep his home safe. Pirate loves to let you know when someone rings the doorbell, even if the doorbell is on the TV, and even if he is not always the first dog to notice, he is always the most enthusiastic. Pirate enjoys quick patrols of the yard to see what has changed, and do some sniffing, then it is back in the house to see if the food dishes got magically refilled while he was out, and then do some serious napping. Pirate loves a routine, and he loves his bed. He will sometimes join you on the couch and nestle near you. He is not a big snuggler but he does like gentle scratches on his chin and ear rubs, as long as he is in the mood. At night he prefers sleeping on the couch and keeping the house safe while you sleep. Pirate is a unique dog with some unique behaviors. He had a stroke when he was younger which left him with some ataxia and vision differences, along with sensory issues, and some anxiety. Touch can be overwhelming, new surfaces take some figuring out, and a lot of sound or activity will really overwhelm him. He does not like being jostled or bumped into, and being picked up is too much for him, we do not suggest it. This means you have to make some accommodations, like transporting him in his carrier, and letting him decide when it is time for affection. Pirate cannot do stairs but can navigate ramps and can jump on the couch like a pro as long as he has solid footing. Pirate does not do well on walks because you can never be sure when he will be overloaded by his environment, so a fenced yard is necessary. Pirate can handle a quiet visitor or two, as long as they respect his rules and boundaries, and he will quickly make friends with people who know that you should ask before you pet, especially if you bring treats. Pirate is house trained but he tends to go on a schedule, and if he needs to go he needs to go. He does his best to use the pee pad if no one is around to let him out but no one is perfect. Pirate lives with other dogs and cats, and is always polite but not looking to play or really interact with them. He likes to be left out of their games, although he is a champion at the Kong Wobbler.

If you already have an application in, you do not need to fill out another one.  Just send an e-mail to Rescue@Peppertree.org or call 518-435-7425. 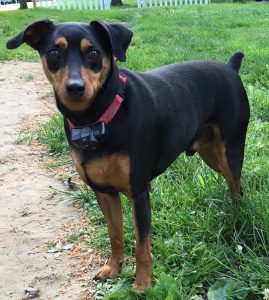 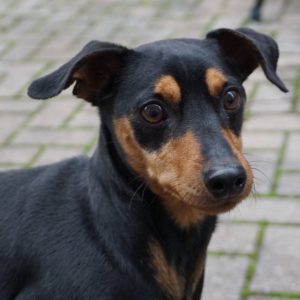 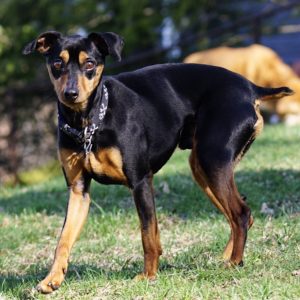